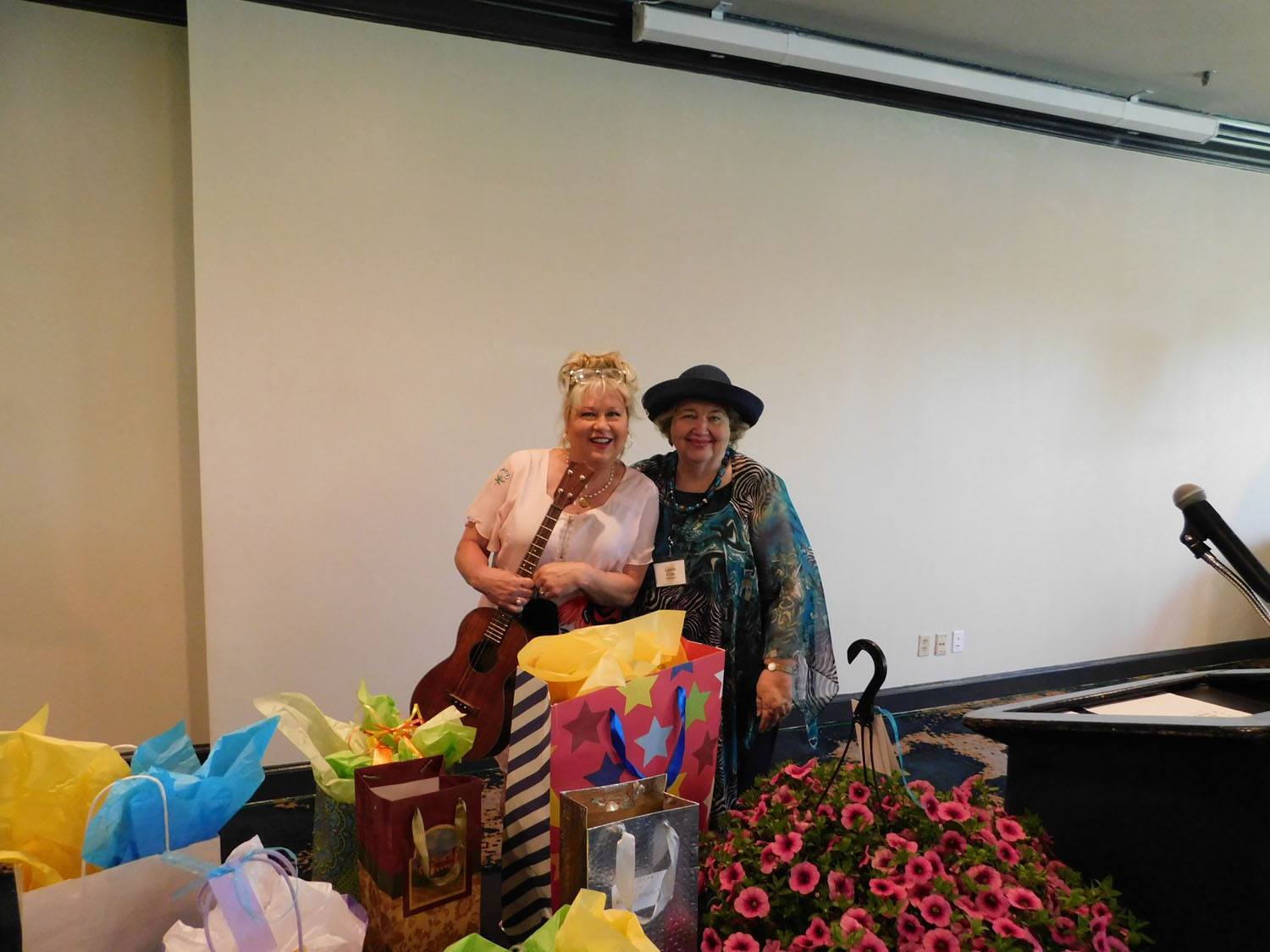 Our May luncheon featured the famous Victoria Jackson, an American actress, comedian and singer. Born in 1959, Victoria Jackson grew up in a Bible-believing, piano-playing, TV-free home in Miami. Her father coached gymnastics so she competed from age 5-18. Her gymnastic skill led to a college scholarship to Furman University, where she was cast in her first play and got the acting bug.

When Johnny Crawford (The Rifleman) met her at a Birmingham summer stock production, he bought her a one-way ticket to Hollywood to be in his night club act. For two years, she held odd jobs in the show-biz capital — as a cigarette girl, waitress, and typist — until Johnny Carson noticed her stand-up routine and put her on The Tonight Show… twenty times. After that, she starred in many movies and TV shows, most notably six seasons on Saturday Night Live.

Jackson was reunited with and married her high school sweetheart, helicopter pilot Paul Wessel in 1992 and when he retired in 2013 from the Miami Dade Police Dept. they moved to Nashville to be near their daughters and grandchildren. Jackson still appears in occasional films, does stand up comedy, sings her original ukulele songs around town and currently plays Eric Estrada’s wife in the new Pureflix sitcom “Malibu Dan Family Man.” (Release January, 2018.)

Jackson authored “Is My Bow Too Big?” in 2012 and in 2017 she wrote about her breast cancer journey in “Lavender Hair.”

Our May charity was the Cherokee District of the Boy Scouts. District Commissioner Larry Smith spoke of the exciting programs offered to our local youth.