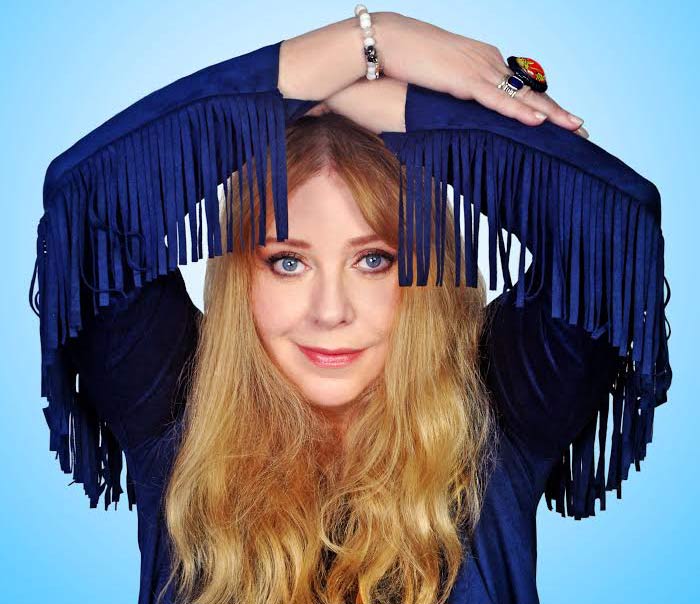 December 28, 2016…Hendersonville, TN  “It is almost impossible to capture the remarkable life and career of Bebe Buell in a few paragraphs” said Lynda Evjen, VP of Newcomers Club who invited Bebe to come for the first meeting of the year on Thursday, January 12th at Bluegrass Country Club from 11am to 1pm.

At the center of the Rock Scene in the ‘70s and ’80s when rock stars were royalty, this teen model who took New York by storm, captivated a generation of Rock’s greatest talents.  Bebe’s relationships with musicians like wunderkind Todd Rundgren, Aerosmith’s Steven Tyler – father of her daughter Liv Tyler, Mick Jagger, Jimmy Page, and Elvis Costello, all happening in some of the most legendary haunts of the era: Max’s Kansas City and CBGBs in New York, the “Riot House” in Los Angeles, and Tramps in London. This has made her a legendary pop culture/fashion icon with a legion of loyal fans who continue to follow her music and life adventures over the span of the last four decades.

Buell has been married to former Das Damen and D Generation guitarist Jim Wallerstein since 2002 and continues her career as a singer based here in Nashville. She has been dubbed the “Mother Of Rock & Roll” and in 2012 she was asked to sing on an Eddy Arnold tribute album for local label Plowboy Records. Being a Southern girl at heart (she was born and spent her childhood in Virginia and North Carolina), Bebe immediately fell in love with the city on that trip and moved here in 2013 from New York City.

In her short time in Music City, Bebe has graced several coveted local stages including four sold out shows at the iconic Bluebird Café and has recorded at famed studios, RCA Studio B and Sound Emporium. She has also been songwriting prolifically, including a duet with Crystal Gayle (who joins her onstage regularly).

This year is shaping up to be one of Bebe Buell’s most exciting yet. In addition to her new music, band and stage show, expect projects in film and a return to the literary world. Bebe has never allowed herself to be stereotyped or pigeonholed. A musician, mother, muse, model, celebrated lover, manager, best-selling author, charismatic front woman and entertainer, music has always held her deepest passion. “We are thrilled to have her here to discuss her life and career as a woman who has embraced life with a Passion.” Said Lynda Evjen.

The Luncheon is $21.00 and reservations can be made by calling or texting Newcomers and Community Club member, Kay Rorick at 260-602-4551 or you can email us at newcomersluncheon@gmail.com.

About Newcomers and Community Club of Sumner County

Newcomers and Community Club of Sumner County is a social and charitable, non-profit organization that extends a welcoming hand to newcomers and existing residents who wish to connect to their community. It promotes good fellowship and community awareness through numerous monthly functions, speakers, fundraisers and activities.