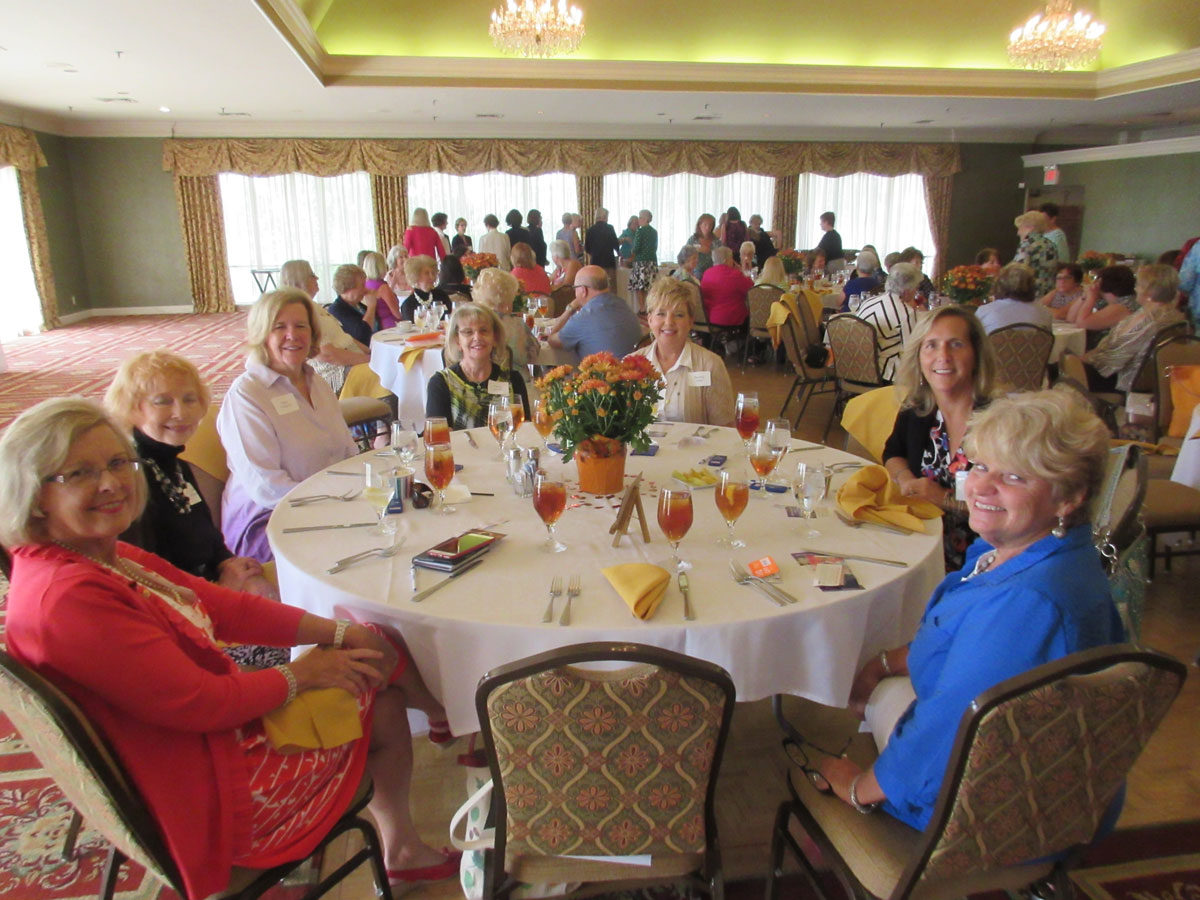 The Newcomers and Community Club of Sumner County began its new season with its monthly luncheon at the Bluegrass Yacht and Country Club on Sept 8, 2016 at 11:00 am.

Our guest Keynote speaker for this kick off of the 2016-2017 year, was Joe Elmore who has hosted Nashville PBS-based show “Tennessee Crossroads” since its beginning in 1987.   As one of the highest-rated PBS shows in the country, “Crossroads” is all about fascinating people and places Joe finds on the two-lane highways of the MidSouth.  It’s earned several Emmy Awards and countless nominations.

This month’s proceeds from our Money Tree Fundraiser will help support the vital work of The Alzheimer’s Association.